Panasonic has just released a new batch of plasma televisions in 2007 that are the epitome of perfection in picture quality. Until this year, consumers had little choice when it came to displays for beautiful pictures and top notch picture quality. Football will never be the same!

The problem with previous display technologies was that none of them could match the picture quality of CRT (tube televisions). CRTs historically have the best picture quality of all the display technologies. Deep rich blacks, pixel perfect pictures, and beautiful color reproduction. The problem was that they weighed too much at the larger sizes that people were demanding. Then came along the mega-sized rear projection sets, but their problem has always been that your room has to be dark in order for them to look right and that viewing from different angles does not look right.

The new rear projection sets like DLP, and LCoS are an improvement, but still suffer similar problems as their ancestors. Trying viewing one from above or an angle can be distorting and you lose brightness.

Then came along the LCDs and plasmas. LCDs suffer from not being black enough. They can’t turn off pixels and all blacks are displayed as shades of grey. Viewing from different angles is awful as well. Try this, tip your computer monitor up or down, the color shifts, and you get a different picture. That really sucks when the guys are over and you can’t all sit directly in front of the television.

The problem with previous plasma sets was the longevity issue. It was thought that plasmas would not last as long as LCDs. But that has been resolved and they all last a very, very long time (over 20 years). The other issue was problems with picture artifacts when sweeping across scenes or slow moving cameras. The other issue of course, was that the blacks were not as dark as the CRTs blacks, although much darker than LCDs. In addition, their price point was always more expensive compared to other technology of the same screen size and they were heavier.

In the past few years, the Pioneer Elites have dominated the plasma world. Pioneers won every award and were considered to be the best picture in flat screen technology. The Pioneer sets were extremely expensive and cost around $8,000 for a 50 inch set. Others like Panasonic and Samsung had great sets, but they picture quality was not comparable to the Pioneers. The Pioneers had the deepest, darkest blacks and were “the best” picture.

The blacks on these sets are so black, that the instruments used to measure black levels, can’t even pick it up. The processors offer the latest and greatest advancements in television display history with no artifacts, no pixelation and no abnormalities. Just about every review of these plasmas has discussed the technical details, the picture quality, and all sorts of other complicated issues that I don’t understand.

At Football Times, we only care about one thing: picture quality. Regardless of what anyone else says, the only thing that matters is how a football game will look on the display. We did tons of research; months and months. We went to tons of specialty stores to check out the new plasma displays. We compared side by side. We analyzed every aspect of picture quality. We fine tuned sets and calibrated them and compared them to each other side by side.

Every where we went, the new 2007 Panasonics stood out. It wasn’t even close. We tried and to like the Pioneers and the Samsungs. We put them all side by side. Calibrated them to match. It was no competition! If there was ever such a thing as “picture perfect” these Panasonic plasmas were it!

At Football Times, we wanted full 1080p HD. Not 1080i, we wanted something fairly future proof. We wanted a big screen. We were not sure how big, but over 42 inches seemed about right. Pioneer made a 50 inch set that was 1080p, so did Panasonic. Side by side comparison, the Panasonic looked much better. The blacks were deep and true. The details in shadowy areas were extremely detailed. Let me say this again, black was black. Black was really black. Neither of the other two sets could reproduce the Panasonic’s level of blackness.

We took our own 1080p HD source (Batman Returns HD DVD) and compared the picture on all the sets. A lot of the poorer sets just had bad pictures. In large landscape scenes with slow sweeping camera scenes, the lesser sets had a lot of pixelation and artifact. I don’t even know if that is what it’s called, it just looked bad. A lot of squares and pixelation around the main characters and in the shadows. The new Samungs and Pioneer Elites looked a lot better than the other sets, but still did not stack up to the Panasonics.

The Panasonics were just amazing. If we did not know, we would have thought it was a giant CRT tube television. The picture was true and smooth. No motion artifacts, no pixelation, nothing. Imagine a giant CRT! A perfect picture. No detectable deficits or defects. The only way to explain this is to say, just imagine what perfect would look like, that is what the new 2007 Panasonics look like.

We eventually settled on the Panasonic TH-58PZ700U. It’s a 58 inch set and would fit our viewing needs perfectly. We weren’t about to spend $8,000 on a smaller set, the Pioneer Elite, and a much poorer quality picture. When the Panasonic arrived, the box was a monstrosity. It is ginormous. We eventually got this thing out and hooked up to our Direct TV and HD DVD.

Wow! Wow! Wow! Absolutely, stunning! It’s very hard to describe in words what the picture looks like. Just about everything we watched and plugged in looked phenomenal. Of course, Direct TV’s top resolution is a downgraded version of 1080i. But no matter what you feed into this set, it displays 1080p. So it upconverts everything to 1080p. In fact, ESPN HD, which is 720p, is also upconverted and looks amazing as well. The chips used in this upconverting set are topnotch, a seamless picture.

When playing true 1080p sources, from an HD DVD, you will see the true rendition of what HD is supposed to look like. It is the most beautiful picture I have ever seen. Absolutely flawless, smooth, clean, detailed, and amazing.

So how does football look on this? If you have Direct TV NFL Sunday Ticket and Superfan, you will get all games in HD. You will watch games in the best possible format available anywhere. The best would be an HD DVD of original 1080p games, but Direct TV is the next best thing.

Football looks amazing on this set. The set has various picture settings you can play with, but even if you leave everything in “standard” everything looks great. The football clips on ESPN are 720p, but look stunning. A few clips on NFL Network are playing in 1080i and look great as well. The true test will be August 5th, 2007 when the Hall of Fame Game airs.

Update: 8/11/2007
We finally got to watch some real HD NFL games and it was one of the most beautiful things you can see. First we watched the Steelers New Orleans game, then Indianapolis versus Dallas, Cincinatti at Detroit, and New Orleans and Buffalo.

The colors were gorgeous, the detail crisp and clear. You could see every wrinkle in Peyton Mannings face and every strand of JP Losman’s hair. What was most impressive was the rich, dark black home uniforms that the Saints were wearing. The blacks are deep and rich, and you could still see every detail and every wrinkle in their jerseys.

We started out in Standard viewing mode, then made our modifications in the picture settings and calibration:

Picture: We set this to 30. Anywhere between 18-30 seemed to look the best.
Brightness: We left this at 0.
Color: -2
Tint: -3
Sharpness: We played around with this, but 9-15 seemed to give the best picture.
Color Temperature: Normal

Click on “Other Settings” and then go to:
Black Level: Dark

You don’t need to change anything else!

With these picture settings and calibration settings the picture looked optimized and the best we have seen so far. But you may want to just leave it in “Standard”. We didn’t like the “Cinema” mode. It was too dark and too warm. The “Vivid” mode just looked too bright and didn’t look like television should look. Our settings looked great whether we were watching sports, movies, or regular television. In fact, our settings seemed to be ideal for all viewing media.

You will love this set whether you plan to watch football, sitcoms or movies! This is one of the best things ever to happen to football. 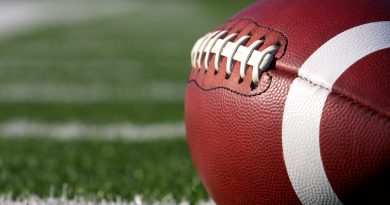 What gear do I need?